The Gainesville Renewable Energy Center (GREC), a 102.5-megawatt (MW) biomass power facility located in Gainesville, Florida, today announced that it has received certification from the Forest Stewardship Council, affirming that GREC’s purchase procedures for its waste wood fuels conform to the FSC Chain of Custody standard. GREC is the first power generation facility ever to receive this prestigious certification. The certification assessment was conducted by SCS Global Services, a well-respected third-party certification body accredited under the FSC program.

FSC certification is considered the world’s gold standard for responsible forestry practices in the forest products industry. The FSC Chain-of-Custody certification confirms that GREC employs a stringent set of procedures that allow it to trace the path of products from forests through the supply chain, and thereby source its wood used for renewable power generation with certainty.

This certification is just the latest step in GREC’s efforts to encourage responsible forestry practices throughout the region. Its trained forestry staff, along with a representative from the City of Gainesville, inspect each forest supplier’s operations to assure compliance with minimum performance thresholds contractually required by the City. In addition, GREC has had its forest sustainability plan independently evaluated by SCS.

Jim Gordon, Chief Executive Officer of GREC, stated: “Gainesville Renewable Energy Center is proud to be the first biomass power generation facility to ever receive Forest Stewardship Council certification. Our FSC Chain of Custody certification is an important part of our commitment to forest sustainability. This certification demonstrates that our fuel comes from our trusted partners, leading logging operators in the region who have stepped up to meet our stringent forest management standards. We are dedicated to sustainably managed fuel which brings clean, renewable power to the Gainesville area.”

Brian Condon, Wood procurement Manager for GREC’s wood procurement contractor Bio-Resource Management, Stated: “Chain of custody means that GREC knows the origin of every load of delivered fuel that crosses its scales. GREC’s fuel producers submit documentation about the source of fuel they are shipping prior to delivery. Upon arrival at GREC, the facility’s scale management system records data on each load, thereby providing a record of each producer’s deliveries from each production point. The entire process is verified by inspection on a continual basis by fuel procurement staff to confirm agreement between submitted documentation and actual production of material delivered to GREC.”

Aaron Maizlish, Director of Business of Services for SCS and former FSC board member stated: “GREC has taken a new leadership position in the biomass power industry through their commitment to the FSC Chain of Custody process and their stated purchasing preference for certified input material. We are excited to promote the leadership position as their certification body.”

GREC’s FSC Chain of Custody certification, forest sustainability plan, and a third-party review of the forestry sites from which GREC sources its wood can be found at GainesvilleBiomass.com.

GREC is a 102.5-MW biomass power facility located in Gainesville, Florida, which can supply enough renewable power for approximately 70,000 homes. GREC has a 30-year contract with Gainesville Regional Utilities (GRU) to sell electricity to the utility. Biomass energy supplements GRU’s and the City of Gainesville’s renewable energy portfolio, which includes solar power and an aggressive conservation program. GREC meet GRU’s needs for improved reliability, increased fuel diversity and long-term cost savings for customers. GREC brings numerous jobs to the community. More than 700 direct and indirect Permanent jobs have been created throughout the region as a result of GREC. (www.gainesvillebiomass.com)

About The Forest Stewardship Council

FSC is an independent, non-profit organization that protects forests for future generations.

We are an open, membership-led organization that sets standards under which forests and companies are certified. Our membership consists of three equally weighted chambers — environmental, economic, and social — to ensure the balance and the highest level of integrity.

FSC US is based in Minneapolis, Minnesota, and operates as a National Office of FSC International, which is based in Bonn, Germany.

SCS Global Services (SCS) has been providing global leadership in third-party environmental and sustainability certification, auditing, testing, and standards development for 30 years. Programs span a cross-section of industries, recognizing achievements in green building, manufacturing, food and agriculture, forestry, and more. SCS is a founding member of FSC, and has been an accredited FSC certification body since the inception of the program. Today, SCS is among the worlds’ top FSC certifiers worldwide, with certificates across the globe. SCS is a Certified B Corporation™, reflecting its commitment to socially and environmentally responsible business practices. 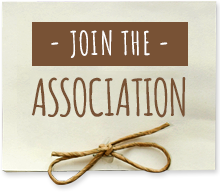